I have worked in the insurance industry for 27 years and been involved in almost everything possible within the industry: from several system renewals, company form changes, IPOs, mergers to all the usual things you do at an insurance company on a daily basis. It all started a long time ago during my time as an economics student... Let’s take a look! 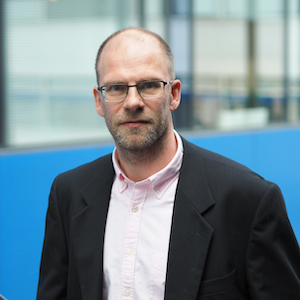 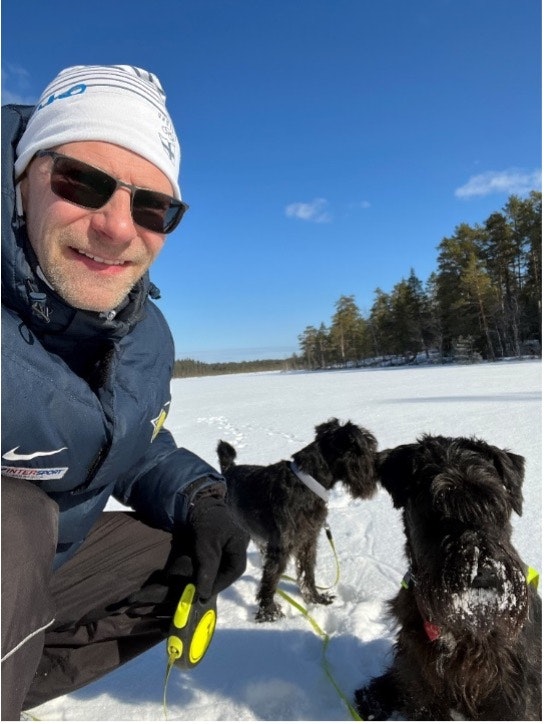 When I thought about what to do for a summer job in 1995 during the 4-month summer vacation from my studies at Hanken, I could never have imagined that it was the beginning of an almost 27 years long career in the insurance industry. At that stage, I knew why one should have an insurance, but had no idea how the industry worked and how many different things one gets to work with in an insurance company. 27 years later, I think I know everything (okay, maybe not really everything), but enough to be able to say that working with insurance, especially if it involves challenging IT innovations, huge holistic changes and tricky calculations, is one of the most interesting things I know.

As a young student, I was initially allowed to do the things that no one else wanted (perhaps not entirely true, but hardly anyone would voluntarily enter 14 000 fire insurance policies in the insurance system). This meant that the paper agreements and historical changes made over the years would be digitized and entered into the company's insurance system, giving the customers the opportunity to receive an insurance policy letter printed by the system. What I did was a manual migration. The source data was on paper, not in any database. The papers were worn, unclear and old, with lots of information on loose notes. All of this had to be entered into the system.

You, who calculated that this job was practically impossible to perform in 4 months, are right. It would have meant entering about 25 insurance contracts per hour. The contracts were from the 1920s to 1990s and involved all kinds of buildings, movable property, animals, and other things that, in the 1990s, did not even exist anymore. All of this would have to be index-adjusted, risk-assessed and finally get the price of the insurance to correspond to the price that the customer had the previous year. In addition, while the systems used at the time were not bad, they had no support.

Everything had to be entered using codes for different types of objects (house, cottage, villa, outdoor toilet, etc.) There were 25 different codes for buildings only, depending on the material, location and multiple other factors. Of course, the fact that everything was based on codes made it fast and easy once you memorized them. But with around 1600 object codes, 500 municipal codes, plus a large number of building material, tariff and other codes, it took a while.

From a summer job to a career

When I finally finished the job at the end of 1995, I was asked if I wanted to continue working in the company during my studies. I'm probably still a little thoughtful about why I said yes. Maybe it was because of the opportunity to plan how the systems could be renewed to support the insurance administrator when entering insurance data, simplify the system's complexity by reducing the number of codes, get simple logic / automation in place so that based on certain data it requires other data and that the tariffs were found elsewhere than on paper, i.e. in its own data tables that were linked to the object codes.

This was the start of my career as an IT expert and later manager and director. In the beginning it was about being involved in almost everything, for example building the IT infrastructure and contact center, process development, financial and actuary reporting, planning and being responsible for system changes/renewals regarding Y2K, Euro and other projects (new customer system). I also participated in joint projects within the industry and was involved in deciding on YVR (common claims register), VVH (vehicles' insurance and claims history), Netso (car and traffic insurance sales portal), Palko / ATJ / Trafi etc., which until today, in some way, remain in the core processes of all insurance companies.

At that time, we also started to see if we could find a new insurance system that would fit our company and work for the next 15 years. We started with a total customer system renewal that would form the basis for future renewals. A little more about that later.

A few years later, I got to participate in a unique change in the insurance industry. It involved early stage planning and later on realizing a multi-phase project where a mutual insurance company was transformed into a limited company and then became part of a banking group. At the same time, the bank was listed on the stock exchange and the mutual insurance company's customers became shareholders in the bank. It was a successful and very educational project.

As mentioned earlier, we had also begun our change journey, where all our old insurance systems would be renewed and the processes would become "paperless" and connected to some of the IT systems being incorporated into the bank. There were a lot of new priorities and plans in place.

During these years I also worked with actuarial related tasks, government reporting and other statistical reporting, cash flow and liability calculations. I was also responsible for the Workers Comp tariff (analysis, calculation and implementation in the system).

As the responsible for the insurance company's IT and development, the years 2011-2013 were interesting as lots of different things happened. Among other things, we:

- continued to renew our insurance systems and migrated data at a good pace,

- started and completed the renewal of our claims system and process,

- introduced a paperless way of working,

- worked as part of a banking group that then sold the majority of the shares to a Swedish insurance company and with quick decisions and measures, we freed ourselves from the bank's customer system, customer portals and IT infrastructure and build it from scratch in just three short months,

- had to rethink the entire Solvency 2 reporting and quickly change course and jump on the project that was managed by our new parent company,

... had a lot of maintenance, development and "other secret stuff" going on.

After getting over this hectic period and taking it easy for a while, we then continued with perhaps the most difficult type of insurance migration and commissioning, traffic and car insurance, where a very old system went to the grave during a weekend. In the big bang migration, the new "fully automatic" system, with a lot of integrations both internally and externally would be implemented and the whole process from start to finish (if all incoming data was ok) would be handled completely by the system.

At the same time, we had started looking at a new integration platform and started thinking about how to modernize the user interfaces so that they would not be dependent on the underlying core systems. This meant that the system renewal project that had been going on for several years changed slightly due to the technological developments that took place during these years. Because we were flexible and well versed in these systems, we were eventually able to introduce a new and modern user interface to our insurance system. This was also the start of the web shop whose user interface in theory was the same as for internal users.

After this, multiple legislative changes and EU directives were introduced, requiring a lot of system changes. The new "workers comp" law, the motor insurance law and of course GDPR, where you can proudly say that we had control over personal data: where it was stored and how it was used. We did a massive job to be able to identify the customer's roles in different situations and contexts so that we were able to follow the requirements placed on data management and personal data by both the GDPR and the insurance legislation.

We had just started to get most things in order in our systems and were in the final stages of closing the old systems, when the system supplier announced that the system we were using would no longer be supported by them, suggesting a migration to their other insurance platform. So, we were back in that situation where we started with gap analyzes, green print, POC, user stories, requirements, process descriptions and everything else that must be done to form an overview of whether or not the system would support the requirements of the Finnish insurance industry, all country adaptations and special routines required by laws and regulations.

We spent almost a year doing this and could have started the next phase, but at that stage we had already received indications from our owner that the company would be sold in the near future and a new owner would soon take over its operations. Me and some others were left in a situation where we simultaneously looked at a new system platform (that would never be implemented) and participated in a due diligence process (DD). I was not unfamiliar with the DD as we had done some in the last 10 years). However, this time the situation was different as we knew this meant that the company's future was uncertain as the other parties were competing companies. In the autumn of 2018, we received the news that the company's shares would be sold to another insurance company. In May 2019 the merger took place. In between, we had to make some quick changes in the entire system and, among other things, change the logo and name twice before the merger.

Without going into detail about the merger, the customer and insurance data migration was carried out at a rapid pace from one system to another, while the IT, policy and claim systems, all historical data and the functioning processes on the claims and invoicing side were transferred at a slower pace. Finally, all the systems were closed at a later stage, taking into account all the legal requirements.

After five company name changes, two company number changes, many interesting twists in my working life and a lot of other fun that I have been through in addition to what I described above, I look forward to my time at Midagon! With my broad experience, I’m excited to help our clients with their upcoming challenges and interesting situations.

When I am not working, I like to do something completely different. At home, they say that I am never still or can never take it easy and sit on the couch. This is certainly true, with forest and lawns to be tended, snow shoveling in the winters, two dogs who want to go out and run daily, three children who are very active in various sports (for which I also work as a coach/trainer in both football and javelin). And, of course, I have my wife with whom we together make sure that the daily life at home and, in the summers, out in the archipelago works for all of us. If there is some spare time left, I usually go out and exercise on my own.